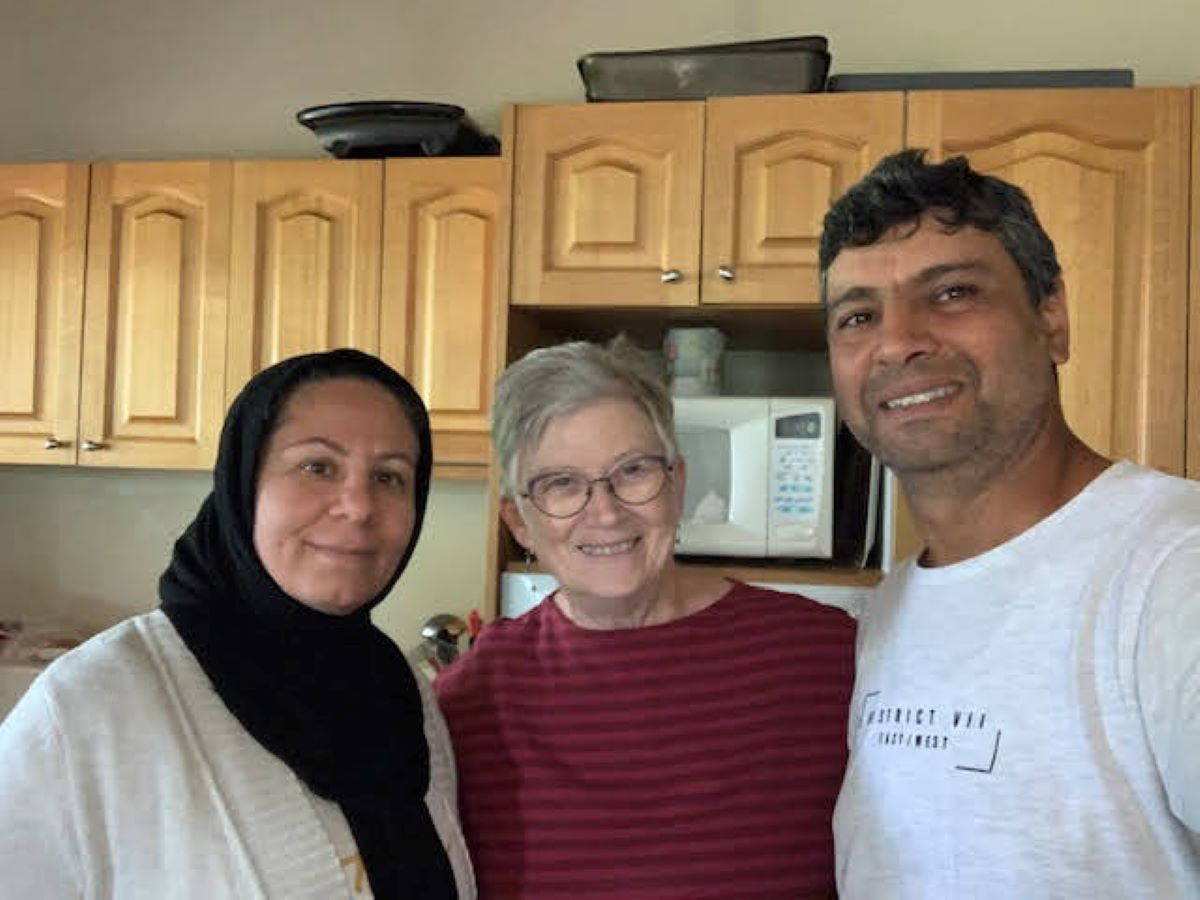 Kamal and Elham in Melbourne

Why are we applying to sponsor a family from Australia?

Put simply, it’s because the Australian government has made Australia an unwelcoming place for refugees. The plight of Kamal and his family illustrates why OCRA, along with other refugee organizations in Canada, is working with Australian groups to bring refugees from Australia to Canada.

In late 2020, an Australian group, Grandmothers for Refugees, contacted OCRA to ask if we could help sponsor Kamal, his wife, Elham, and their three children. They are Arab Iranian, a minority subject to discrimination and persecution in Iran. When he spoke out against abuses at his workplace, Elham became a target of the authorities. He was arrested numerous times and tortured. In 2013, the family was able to leave Iran for Indonesia, from where they took a harrowing boat trip with the hope of reaching safety in Australia.

They arrived in July 2013, only to learn that just weeks earlier, the Australian government had announced that no refugee arriving by boat would be allowed to settle in Australia.

The family was held first on Christmas Island and then in Nauru. For health reasons, they were evacuated to Australia and held in locked detention. They have endured locked and community detention since August 2013.

In March 2021, OCRA completed a sponsorship application and it was filed with the Canadian government in September 2021, as soon as “application space” became available. Funds for the sponsorship are coming almost entirely from our Australian colleagues.

The family was interviewed by the Canadian Embassy Visa Officer on March 24, 2022, and is awaiting medical tests and for travel arrangements to be made. We are hopeful they will arrive in Ottawa in mid-January 2023.

Grandmothers for Refugees in Australia has described the urgency of the family’s situation: “We fear that if we are not able to help this family soon to begin rebuilding their lives in a safe community, the situation for them will get worse. Kamal’s health has been compromised because of the torture he suffered in Iran and through the vicious cycle of hopelessness brought on by detention and not being able to work and provide for his family.”

The family is keen to come to Canada and both parents are well-educated and speak good English. We are confident that supporting this family will be a rewarding experience.