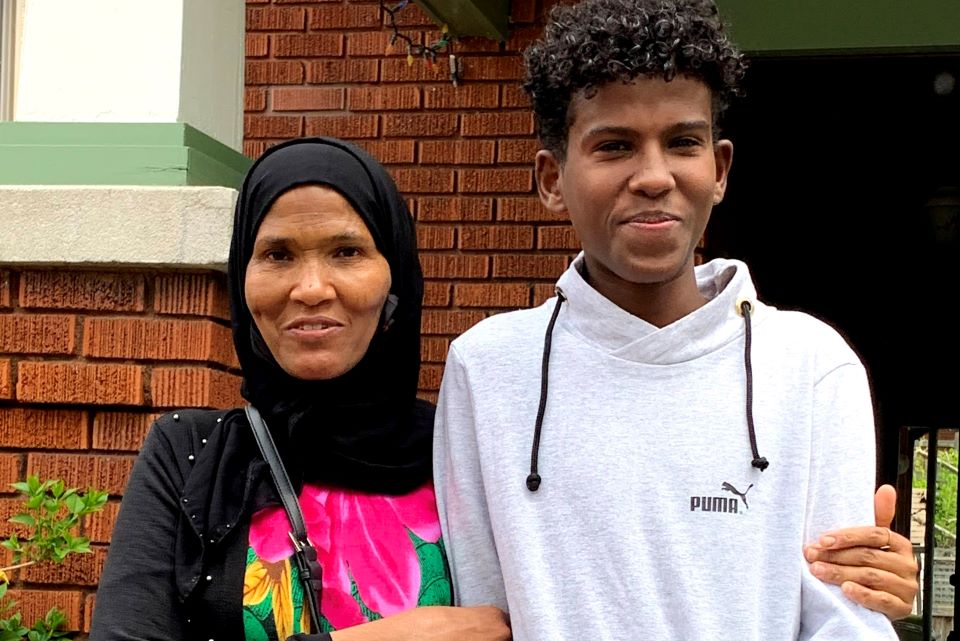 Ahmed and his mother reunited in Ottawa

Many stories of refugees fleeing war and persecution end tragically. This one does not. It shows what can be done by a determined young man and a committed group of OCRA volunteers equally determined to see him reunited with his family in Canada.

In late 2018, OCRA welcomed an Eritrean family. The parents and their three daughters arrived safely in Ottawa, but without their eldest child, a son named Ahmed.

Ahmed was then 16 years old and hadn’t been seen by his parents for two years.

In 2016, Ahmed’s mother and her three girls fled their home in the Afar region of Eritrea, joining many Afar people who were fleeing from Eritrea. They joined Ahmed’s father, who had earlier escaped to Ethiopia.

Ahmed’s parents had made the agonizing decision that Ahmed should cross into Ethiopia separately to avoid the danger of having the entire family cross the border with a young man. But after his mother left, conditions in Eritrea worsened and it became too dangerous for him to attempt to cross the border into Ethiopia on his own.

OCRA volunteers decided to try and unite Ahmed with his family in Canada.

Ahmed’s family in Canada located an Eritrean man who knew the terrain and he agreed to guide Ahmed to the border. He and Ahmed left their village in Eritrea and walked for days, mostly off-road and at night. If caught, Ahmed risked being shot for leaving the country and avoiding conscription into the military. At the border, Ahmed ran the last 10 miles alone at night. Once in Ethiopia, he found his way to a refugee camp where he was taken in by a family friend.

But by this time, all of his own family were in Canada. He was alone and the camp was a dangerous place for young men. His harrowing journey wasn’t over yet.

Because his family had been sponsored to come to Canada before they were reunited, Ahmed was eligible to apply to join them within one year of their arrival, subject to security and medical checks.

Preparing an application was straightforward, but getting the forms signed by him and returned to Canada required an international effort!

To start, an OCRA volunteer located two Eritrean women living in Ottawa who were planning to travel to Ethiopia to visit relatives. They agreed to make room for Ahmed’s application documents in their luggage, already jammed with items for other Eritreans with their own compelling needs.

On arrival at Addis Ababa, the women were met by a relative of an OCRA volunteer who had agreed to transport the documents by car to Ahmed’s refugee camp. It was an arduous trip of more than 650 km over poor roads and difficult terrain.

Once at the camp, the driver had to locate Ahmed. Eventually, he was found and, with the help of a translator, they reviewed, translated and dealt with the paperwork that a refugee must complete for admission to Canada.

Signed documents in hand, the driver then travelled another 300 km to the nearest courier in northeastern Ethiopia to arrange for them to be sent back to Ottawa. Amazingly, the documents arrived in good order, just over a week later.

In March 2019, OCRA submitted the application to reunite Ahmed with his family. Now began the journey through the government approval process.

In October, 2019 Ahmed was directed to travel to Nairobi for a medical exam. (Refugee applications from Ethiopia are dealt with by the government’s Visa Office in Kenya.) In early 2020, we learned that a decision had been made to issue a visa and authorize travel to Canada. Then the pandemic intervened and all refugee travel to Canada was suspended.

By Fall 2020, travel had resumed but so had the scale of the war between Eritrea and Ethiopia. With Eritrean forces now moving steadily toward the region where Ahmed’s camp was located, we were unable to get any information on the status of his case. After inquiries made through MP’s offices, OCRA learned that Ahmed’s application was stalled because his medical exam was valid for only 12 months. Another medical would be required. In late 2020, he travelled to Nairobi a second time for another medical exam.

But after the second medical, there was still no information about Ahmed’s application. Concern mounted as Eritrean forces came ever closer to Ahmed’s camp. Enquiries through local MP’s offices went unanswered. Finally, through the intercession of an MP, OCRA received permission to communicate directly with the Visa Office in Nairobi, something that normally is strictly prohibited. In March 2021, OCRA pleaded Ahmed’s case in a letter to the Visa Officer in Nairobi.

A month later, in April 2021, Ahmed arrived in Canada. His first two weeks were spent in quarantine. After almost five years apart, he is now happily reunited with his family and attending school in Ottawa. 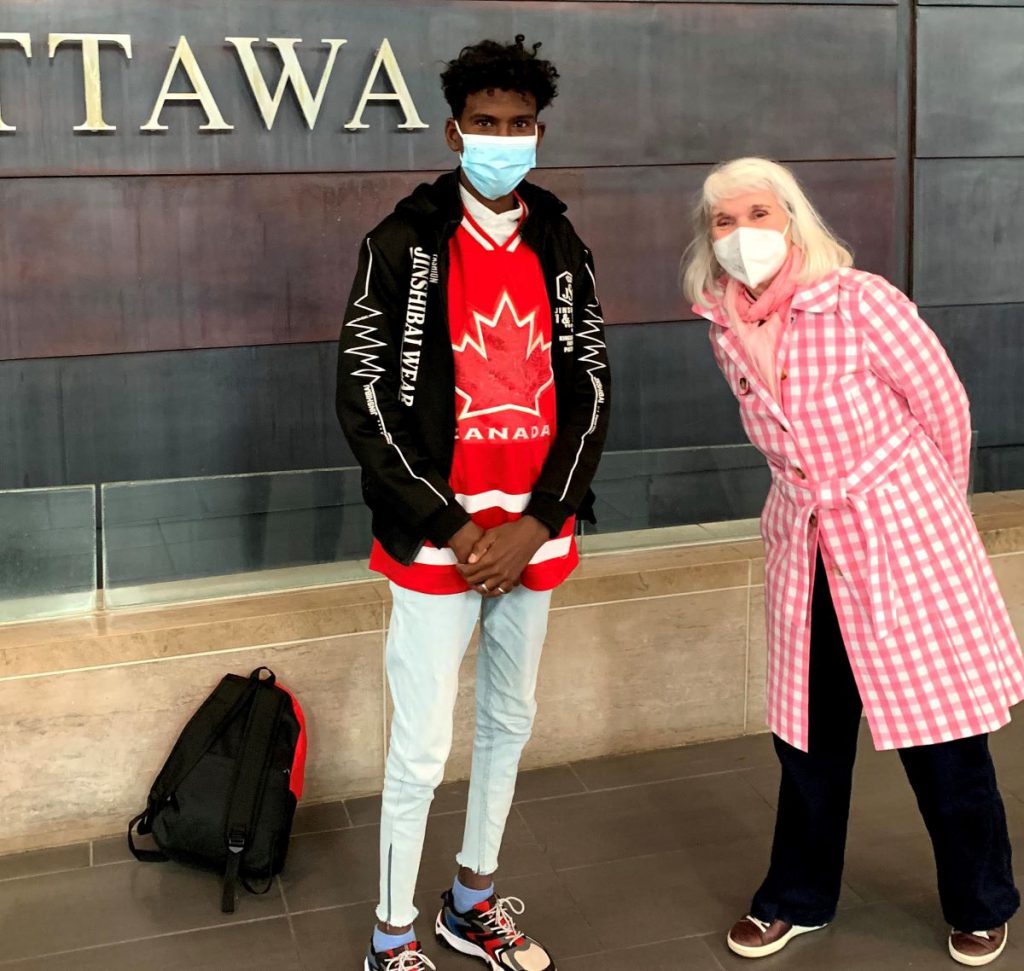 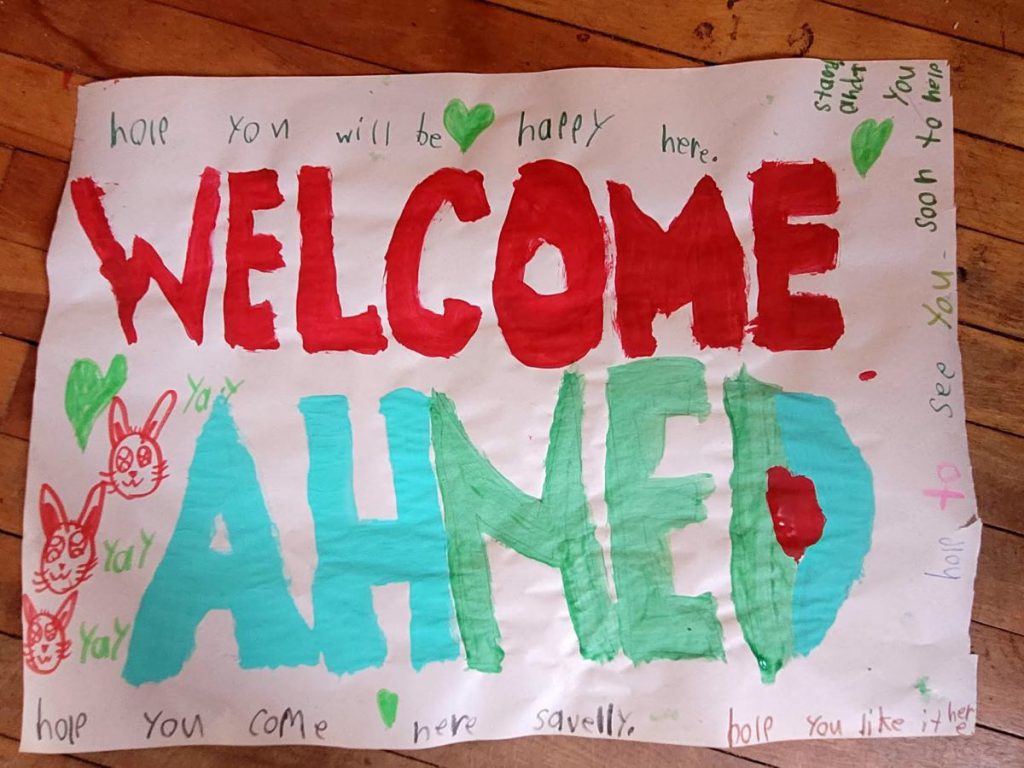 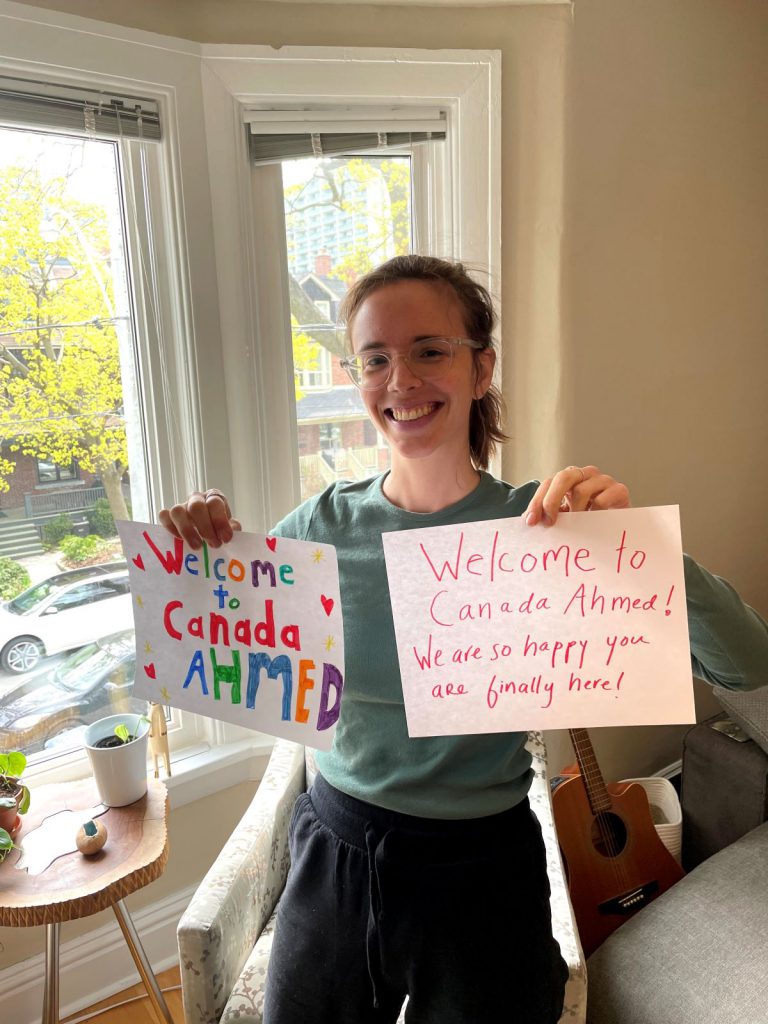